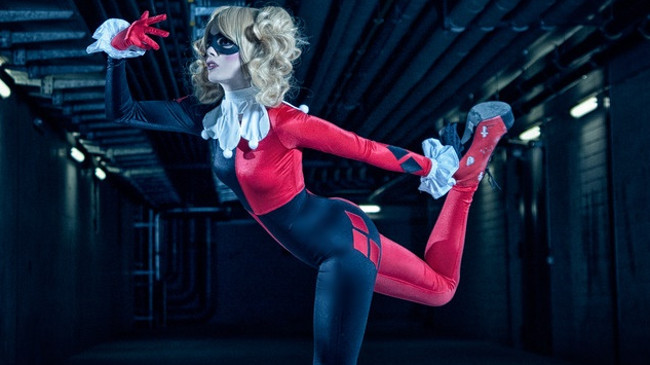 We are Madly in Love with this Harley Quinn Cosplay Harley Quinn has become in today’s culture, a geek icon. She has appeared in video games, television shows, and now she has her own comic book. However, this little vixen of a criminal had humble beginnings, first appearing on the animated series of Batman, showing on the Cartoon Network. Since then her career has really taken off and fans around the world are hooked on Harley.

She once was a licensed therapist, working as Dr. Harleen Quinnzel, she would help the criminals and mentally insane of Gotham. That is, until one day fate had her working with the Joker. She fell madly in love with him and not only turned her back on her practice, but Gotham as well. She helped him break out and spread crime all over the city. Harley Quinn is by far one of the most cosplayed characters of all time, and there are some amazing cosplays out there but one that stands out is by Blossom of Faelivrin. She combines new Harley and original Harley to create this beautiful rendition of the world’s favorite mad sidekick. Losing the cowl, but still keeping the classic look of Harley Quinn makes this Cosplay one of a kind, lovely and just a little bit crazy.