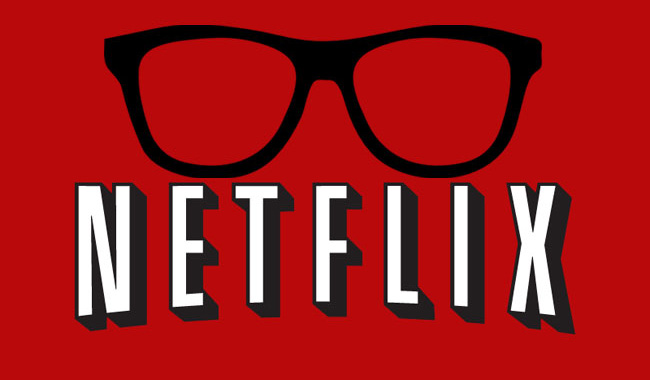 What to Watch on Netflix: The Geek Edition

With the thousands of movies and tv shows available for streaming on Netflix, one might find it difficult to navigate the seemingly endless list of options. We’ve all asked ourselves if it would be better to binge watch another series or pick out some movies that we’ve never seen.

Fortunately for you, I’ve been navigating the site lately and determining some of the best options currently available. Without further ado, here are some of my picks that every viewer immersed in the world of science fiction, fantasy and horror should check out or revisit (the list is in no particular order).

Super (2010): Prior to becoming famous for directing Marvel’s widely popular Guardians of the Galaxy, James Gunn worked mostly in the realm of indie filmmaking. Following his 2006 horror film and directorial debut Slither, Gunn delivered another cult hit in 2010 with the darkly humorous and undeniably original film Super.

Starring Rainn Wilson as everyman turned crimson avenger Frank Darbo and Ellen Page as his youthful sidekick Boltie, Super is a must see for every fan of the superhero genre. While conceptually similar to Kick-Ass, Gunn’s film is vastly different in its own right from the iconic Mark Millar comic and its film adaptation. If you’re a fan of Gunn’s corky imagination and distinctive visual style, definitely give this one a watch.

Let the Right One In (2008): This one is a real gem of modern horror, and is far superior to its American remake Let Me In. Centered around a young boy named Oskar who forms a friendship with an adolescent vampire, this film provides both disturbingly horrific sequences and an emotionally driven story.

Whether you’re a horror buff or possess a slight interest in the genre, Let the Right One In is a film every geek can enjoy and appreciate.

Snowpiercer (2014): Easily one of my favorite movies of last year, Snowpiercer is a truly excellent display of science fiction and stellar action. Based on the graphic novel of the same name, the film takes place in a post-apocalyptic world in which the last survivors of humanity live on a continually moving train. As the train’s occupants are divided based on their economic and social status, a resistance forms under the leadership of a man named Curtis (Chris Evans) in which the lower classes strive to fight their way to the front.

Director and co-writer Joon ho-Bong provides viewers with a video game feel as the resistance moves along the levels of the train and battle an array of foes. Snowpiercer is both wildly entertaining and philosophical, making it a perfect screening for any sci-fi aficionado.

Hot Fuzz (2007) and Inglorious Basterds (2009): Neither of these films need an introduction, and I’m only including them because both were recently added to Netflix for your streaming pleasure. Hot Fuzz is the second installment in director Edgar Wright’s hilarious Cornetto trilogy, and stars Simon Pegg and Nick Frost as two cops investigating a conspiracy lurking within the shadows of a small English village. Inglorious Basterds is Quentin Tarantino’s Django Unchained predecessor about a team of U.S. Jewish soldiers who set out to assassinate Hitler.

Watching these films back to back makes for a great double feature, as they each stem from the imagination of a true auteur. Whether you’re in the mood for some buddy cop action or a dose of exaggerated WW2 violence, Wright and Tarantino have got you covered.

Day of the Dead (1985) and Starship Troopers (1997): These two classics make for another great double feature. Day of the Dead is the third installment in George A. Romero’s “Dead” trilogy, and takes place in an underground bunker where a group of scientists and military officers are huddled together while the world above is overrun by zombies. Set in a futuristic and highly militaristic society where humanity is at war with a race of giant bug like extraterrestrials, Starship Troopers is director Paul Verhooven’s adaptation of the iconic Robert Heinlen novel of the same name.

Whether you’ve seen both countless times or have only heard of them, each of these films are staples of both horror and sci-fi cinema.

Bill and Ted’s Excellent Adventure (1989): A decade before Kenau Reeves became Neo, he was the guitar loving, easygoing and air headed Theodore “Ted” Logan in the classic sci-fi comedy Bill and Ted’s Excellent Adventure. The movie follows him and his best friend Bill (Alex Winter) on an epic time traveling adventure in which they summon some of the greatest figures in history to help them with their high school history project.

I believe Bill and Ted paved the way for countless other comedies that meshed together different genres. Much in the same way Kevin Smith employs low budgets and stories that are both ridiculous and clever, Bill and Ted’s Excellent Adventure is a genuinely imaginative and incredibly fun movie from start to finish.

As far as TV recommendations, the Wachowskis are about to unveil their latest project Sense8 on June 5. Given that Jupiter Ascending was a pretty big flop for them, I’m hoping that this Netflix original series, which is about a group of people mentally linked to one another and hunted by those trying to maintain world order, is a bit more successful for them. The Wachowskis developed this series alongside writer J. Michael Straczynski (Babylon 5, World War Z).

Also every Joss Whedon show from Buffy the Vampire Slayer and Firefly to Agents of SHIELD is available, along with every series of Star Trek, Doctor Who, Battlestar Galactica, Lost, Fringe, and Arrow. Then there’s of course Daredevil which you should definitely check out if you haven’t already.

Those are just some of my picks, but share yours as well. What movies and shows should all of us here check out? Sound off in the comments below.