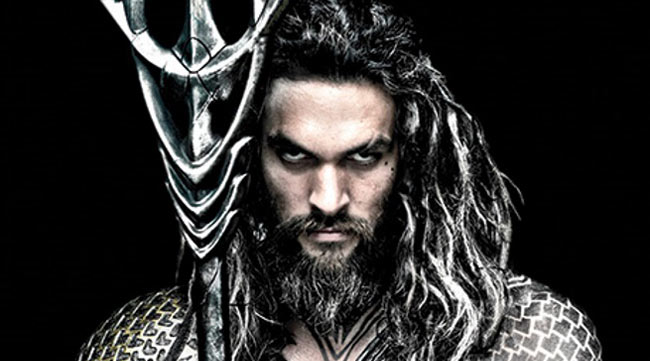 We know Jason Momoa’s Aquaman is going to get in on the fun in Batman V. Superman: Dawn of Justice but, beyond that, we don’t know much about his storyline. A new rumor may shed a little more light on Aquaman’s fate in the film.

Umberto Gonzalez posted on the following Suicide Squad scoop on his his Instagram :

“Sources tell me in the lower levels of the prison where #AMANDAWALLER keeps all the SUPER POWERED META HUMANS, she has inside a trophy case—#AQUAMAN’s TRIDENT as seen in the recently released still with #JasonMomoa! How did she come into the trident’s possession?”

This scoop leaves us with more questions than answers about what happens to Aquaman in Batman V. Superman, but it doesn’t sound like things go well for the water-loving superhero if his trident has been lost. Only time will tell what in the blue hell is happening with Aquaman.

In Suicide Squad, Amanda Waller has no powers but uses her authority to pit the meta humans against the vigilantes. We will see the Suicide Squad – Jared Leto (Joker), Margot Robbie (Harley Quinn), Will Smith (Dead Shot) and others – cause ruckus for the community in the DC universe.

How exactly do the trident and Aquaman tie in? Post your theories below!