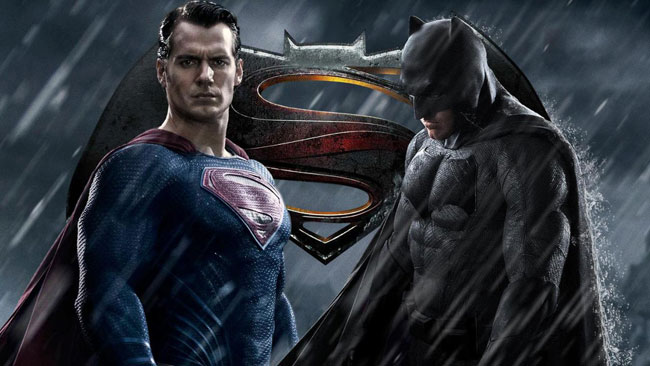 Why I Can’t Get Excited for Batman v. Superman: Dawn of Justice

One of the most anticipated superhero movies will soon be released, and for many, it is cause to celebrate. Do you remember how you felt when Batman v Superman: Dawn of Justice was first announced? Do you remember the electric numbness that penetrated your entire soul at the glad tidings of such great news? Do you recall your excitement at the grand revelation that Wonder Woman would be included in the movie, and it would serve as a launchpad for the DC Extended Universe?

Maybe it’s just my general decline in interest towards the superhero film genre, or maybe it’s something deeper than that. But no matter how much I want to get excited for BvS (and I do really want to), I just can’t. I realize that many people are hyped beyond belief for this film, but many are also in the same boat as me.

So why are so many people, myself included, feeling an overwhelming sense of apathy towards this great cinematic showdown?

The initial announcement of a BvS film was surprising and exciting. But the first wave of disappointment hit when it was revealed that Zack Snyder would be in full control of the project, and Christopher Nolan, the man who revived Batman and took him from cheesy hero to brooding anti-hero, would not be involved in the movie. Now, Zack Snyder is great at what he does, which is making big, blockbuster films with a wonderful blend of action and eye-popping visuals that look like everything has been covered with a coating of fairy dust. Snyder’s art and animation style is one of the most interesting in the business, and though many have tried to replicate it, nobody has come close.

But what Snyder is not well known for is making good films. I’m talking about character and plot-driven narratives with incredible writing and acting. That’s Nolan’s territory. And so, for the DCEU to essentially begin with a director who typically cares little for character development is not a good sign.

However, if there is a saving grace to Nolan’s filmmaking, it is the cinematic prowess and skill of Ben Affleck and Chris Terrio, who have both involved in the writing of the script. I have never walked away disappointed from a true Affleck movie, and this is a ray of hope for BvS.

The characters are one aspect that the DCEU could easily triumph over the Marvel Cinematic Universe, if treated properly. The MCU has proven, time and time again, that character development is of little consequence to them, as long as they have all the recognizable heroes filling their specific roles. Tony Stark, Captain America, Thor — they are all the same as when we first met them. This doesn’t bode well for a franchise, and Marvel and DC alike need to take note of it.

I’d be much more interested in watching superhero films if I could care about the characters lives and personalities, not just their powers and the cool things they can do. Alas, after watching all three trailers for BvS, it appears that this will be the same old tired routine — a 2 hour, 30 minute movie that can be described as a fun romp, but nothing more. One area where I think BvS could possibly excel is in the cast. I think that Affleck will be a great Batman, and Henry Cavill has already shown that he has the looks and the skill to be Superman. I think almost every character has been cast perfectly… except Lex Luthor. Jesse Eisenberg is great in a few specific roles, but I don’t think he has any business portraying Superman’s nemesis. Remember that 20 second portion of the BvS trailer from two months ago where Eisenberg, as Lex Luthor, just rambled on and on, hardly even coherent? I haven’t watched a movie trailer that made me feel that uncomfortable in a very long time. But who knows? Maybe Eisenberg can prove me wrong. Maybe I will go down as just a naysayer. I hope so, but I don’t think so.

Speaking of the BvS trailers, let’s take a look at the hot mess that each of them are and why they have turned me away from the movie rather than draw me to it. Well, they didn’t start out too bad. I thought the initial teaser trailer did a good job of establishing the main plot of the movie, namely human race fearing and turning against Superman following the events of Man of Steel. It clearly set Superman apart as the “villain”, so to speak, and promoted Batman as the hero — an interesting turn of events.

But then, the trailer from Comic-Con showed Batman as more of the bad guy than Superman. I’m sure this was mostly to appease fans everywhere — one trailer for each ‘hero’, to level the playing field. Confusing, but fine, I suppose. But in that trailer, of course, we had to see Zod for a brief moment, hinting that, somehow, he’ll be in the movie, even following his death in Man of Steel. We also see some graffiti on Batman’s armor that says “Haha! Joke’s on you, Batman”. Remember that, because we’ll come back to it. This trailer also ended with that weird, “the red capes are coming,” moment, which is just another awkward scene from Eisenberg. Then things started to get really bad with the third trailer. With the film’s promotion in full swing, this trailer pulled out all the stops. There’s Batman, Superman, Lex Luthor, Wonder Woman, and Doomsday! And then there’s Zod, and potentially even the Joker from the previous trailer! Comic book legends everywhere! So great, right? Almost as great as that time that there was Spider-Man, Symbiote Spider-Man, Venom, Sandman, and the Green Goblin, all in Spider-Man 3. Remember how amazing that was? And how that movie did such a great job of fleshing out all the characters and villains so that we cared about each of their lives by the end of the film?

Why can’t movie studios learn from the mistakes of others? Despite BvS’s 150-minute runtime, I can assure you, without a sliver of doubt, that there will not be enough time to adequately introduce and focus on all the characters that will appear in the movie. The masses were already planning on flocking to theaters to see this film anyway, and I don’t think that including Doomsday and Wonder Woman in the trailer helped in any way.

Can you envision the gasps in the audiences had these characters not been shown, and unexpectedly appeared in the movie? What great moments those could have been, but now have been wasted in the name of cramming every name, every character, and every scene into the marketing campaign. It’s like if the MCU had just jumped straight to the Avengers after the first Iron Man movie. Sad trombone sound.

One last note about the most recent trailer, from just two weeks ago. It begins with a full 30-second clip from an infiltration scene involving Batman. it is a huge bother to me when a trailer is, essentially, just a scene from a movie, and it worries me that the film just doesn’t have anything better to show. And in the case of BvS, this is certainly true, because we’ve already seen the whole movie in the first three trailers.

Imagine if the BvS trailers were like The Force Awakens trailers. Star Wars made it seem like the trailers were showing us a lot, but in hindsight, we knew next to nothing going into that movie, and that made it all the better. Oh well, maybe next time, right DCCU?

I want Batman v Superman to be great. I want to go into my theater on opening night and be blown away. There are a few small hints that the movie could do just that. The cast, minus Eisenberg, is a wonderful group that could really pull this movie together, especially with a good Terrio/Affleck script. But the lack of a director who has proven himself capable of making great, memorable films, as well as the oversaturation of plot elements and characters, makes me fear the worst. But, like Harvey Dent said, “the night is darkest just before the dawn”. So maybe, just maybe, dawn will come, and we will finally get a good DC movie if the stars align just right.