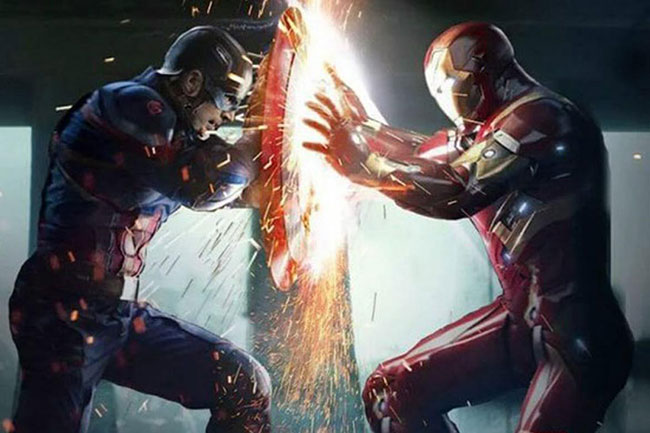 When it comes to building a franchise, there are few tasks more difficult than creating a good trilogy of films centered around a particular character. For every Spider-Man 2 and X2: X-Men United, there’s a franchise-killer like Spider-Man 3 and X-Men: The Last Stand to crush the hopes of movie lovers everywhere. Rarely do we get a trilogy as cohesive and epic as the original Star Wars films or The Lord of the Rings.

Every Film in the Marvel Cinematic Universe, Ranked Worst to Best

Yet with the latest MCU extravaganza Captain America: Civil War currently raking in millions at the box office and predominantly stellar reviews, this film is proof that the Cap trilogy deserves a place on this list. Moreover, amidst the effects-heavy spectacles like The Avengers and Guardians of the Galaxy, and the relentlessly snarky humor within Iron Man, it’s the sheer storytelling quality and visceral action throughout the Cap trilogy which makes it the best component of the MCU so far. Regardless of how many times you’ve seen them, let’s take a look at what it is that makes these movies specifically so memorable.

Unless it’s a matter of the original creative team performing poorly, I’m a firm believer in creative consistency when it comes to film franchises and TV shows. Just look at what happened to the aforementioned X-Men trilogy when director Bryan Singer left to helm Superman Returns. Likewise, the MCU has had its fair share of director and screenwriter changes within its solo franchises. Yet whereas there have been four directors and more than a dozen screenwriters between the Iron Man trilogy and the two Thor movies, the Captain America films have benefitted greatly from having the same screenwriting duo for all three installments, along with the same directors for The Winter Soldier and Civil War. Christopher Markus and Stephen McFeely are truly the unsung heroes of the Cap films and the current state of the MCU, and are thankfully signed on to pen both parts of Infinity War, with the Russo brothers once again in the director’s chair.

By following Cap from his early days in WWII battling Red Skull, all the way through his big showdown with Iron Man, Markus and McFeely have been able to really develop the character and explore different sides of him. And if Kevin Feige and company really do kill off Steve Rogers eventually and pass the Captain America torch to Bucky, as it is what happens in the comics, this screenwriting pair would have the opportunity to chronicle Steve’s life from beginning to end. In regards to the notion about there are too many superhero movies today, part of the reason for this debate is that many of the movies in this genre follow the exact same tropes and do little in the way of storytelling techniques to set themselves apart. With the Cap trilogy however, the creators have managed to implement several different action-related genres into each installment. The First Avenger is a pulpy WWII adventure story, which feels old-school in terms of its bright-colored, classically patriotic aesthetic; The Winter Soldier is a 70s-style spy thriller; and Civil War bridges the gap between superhero epic and psychological thriller.

Furthermore, by applying a cross-genre approach to the trilogy, Marvel has been able to explore different and slightly more mature themes through Cap. From the idea that HYDRA infiltrates SHIELD in The Winter Soldier while Cap’s former sidekick resurrects as a brainwashed assassin, to an international law which pivots the hero against his closest allies in Civil War, the titular protagonist has dealt with more complex and personal conflicts than simply battling a megalomaniacal villain bent on world domination. And amidst the adrenaline-fueled action and dramatic elements, particularly in the last two movies, the Cap trilogy has also provided a substantial amount of humor. Just look at Bucky and Falcon’s reaction to Steve hooking up with Sharon Carter in Civil War. It’s this kind of diversification and levity which DC and Marvel movies alike need to thrive. Beyond the stylistic fight sequences and numerous comic references, the brotherly relationship between Cap and Bucky is the bread and butter of this trilogy. Without it, the story loses its emotional weight.

One of my favorite moments in Civil War is at the end when the superhuman pair is off to stop Baron Zemo. Just as their ship is about to land, they have a brief conversation regarding one of their old WWII exploits. It’s a simple, quiet scene in an otherwise action-packed blockbuster, which captures their relationship in the span of a short dialogue. Keep in mind too that this is the first time they’re going on a mission together since the old days. After the whirlwind of tragedies each has endured, here they are reunited as the most iconic hero/sidekick pairing in the Marvel universe.

There are many reasons why the Cap movies are such an integral part of the MCU, and why Cap is one of the most celebrated characters in pop-culture. Where Steve, Bucky and Sam Wilson will go from here in the movies remains uncertain, but regardless Marvel has delivered one heck of a Captain America series which deserves to be on the same list as Lord of the Rings, Star Wars and the Dark Knight trilogy.

P.S. If you’re hungry for more Cap, I recommend picking up the oversized 75th anniversary comic, which features the main story from the ongoing series by Nick Spencer, as well as several one-shots by Joss Whedon, Tim Sale and Greg Rucka.