There’s Nothing Quite as Purrfect as This Black Cat Cosplay

This Janna Cosplay Will Leave you Breathless

Huntress Nidalee is a Vision in This Beautiful Cosplay 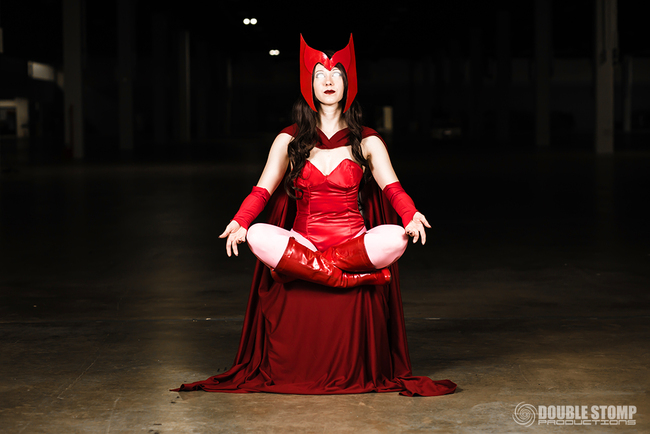 Witness the Magic of this Scarlet Witch Cosplay

Female superheroes are often the under dog in many scenarios. They’re fated to be compared with their male counterparts, which usually ends with comments about being “lazy carbon copies” or accusations of being a lesser sidekick. However, if there’s any proof of these statements being falsities it lies in Scarlet Witch, and she certainly wouldn’t agree with these naysayers.

Also known as Wanda Maximoff, Scarlet Witch exudes pure strength. Wanda is a unique super-heroine, her powers, otherwise described as chaos magic, alter probability. In other words, she gives people a mean streak of bad luck. Through practice she was able to manifest even greater magic, allowing her to literally bend reality at her whim.

Early in life, Wanda lost her mother, and was given to a Romani couple, who believed she was just an ordinary child. While trying to protect herself, Wanda accidentally sets off her powers and causes a large fire, which also kills her Roma mother. Later, Wanda reluctantly joins the Brotherhood of Evil Mutants, recruited by her father, Magneto. Eventually Magneto is abducted by the entity Stranger and the Brotherhood disbands, during which time Wanda and her twin brother Pietro are recruited into The Avengers. Wanda’s twin brother, Quicksilver, gained quite a lot of popularity in the most recent X-Men film, so fingers are crossed that Scarlet Witch will also receive the attention she deserves in Avengers 2: Age of Ultron. Cosplayer Burloire is a gorgeous Scarlet Witch, commanding the red and pink costume beautifully. Her makeup, accented with a darker lip, makes her face stand out even amidst using all her awesome powers. Her headgear is flawless and certainly wouldn’t be complete without it. In particular, the poses used are spot on, which result in a picture perfect Wanda!