This Amazing Flemeth Cosplay Will Leave You Defenseless 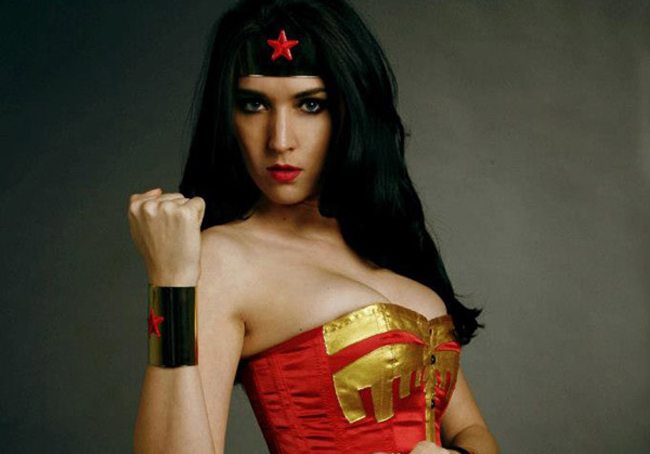 Wonder Woman Whiplashes Into Our Injustice: Gods Among Us Cosplay Week

This week has been filled with talk of Injustice: Gods Among Us. Well, it finally released yesterday with large excitement, trending all over Twitter. We have been showcasing daily cosplays of the beautiful women of Injustice all week in adoration of the fighting game that we know we will be pouring endless amounts of hours into. Yesterday was Raven, and now today, one of the most well-known female superheroes, and one of the most cosplayed female characters- the stunning and bold Wonder Woman.

Wonder Woman isn’t like a lot of female characters in the comic and gaming universe. Her strength isn’t always hidden under a perfectly trimmed physique- rather her strength can often be seen through large, bulging muscles, which is an accurate depiction considering she is not only one of the strongest female superheroes, but one of the strongest in general. Although more of a goddess than human, Wonder Woman is a perfect image of patriotism, with her star-spangled costume and wide-spreading message of strength in oneself and love for all of man. With her Lasso of Truth, gauntlets, Sandals of Hermes, and invisible jet in tow, she claims her role as one of the founders of the popular group of heroes, The Justice League, by helping them spread peace and seeking justice for those who have been wronged. With her vast amount of warrior training, powerful weapons, and godlike strength, Wonder Woman is a deadly opponent and one of the fiercest, most noble women in the superhero universe.

Wonder Woman is definitely one of the most popular figures for cosplay. Her patriotic bodysuit and bronze-tinted headpiece gives her a sense of humanity along with a hint of godliness, embodying her true identity perfectly. Because of the popularity of Wonder Woman, it is really hard to choose just one cosplayer who best fit the role, but when coming down to it, it is obvious that cosplay fanatic and model Jenifer Ann is the perfect personage of her. For more on the wonderful Jenifer Ann, make sure to check out her Facebook and Twitter pages.