It’s a Whole New World With This Jasmine Cosplay

It’s All Trick or Treat with this Harley Quinn Cosplay 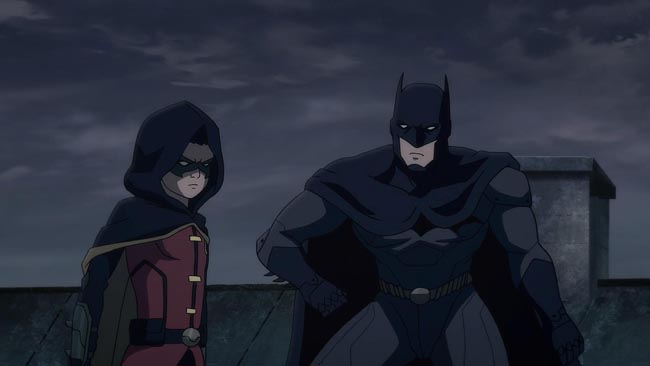 This year at WonderCon 2015, attendees were given the rare treat of seeing the world premiere of Batman vs Robin, a new DC Animated Original film set after the events of a previous animated film, Son of Batman. Following the life of the Dark Knight and his son, Damian Wayne, this film sees the return of Jason O’Mara and Stuart Allan, reprising their roles as Bruce and Damian Wayne.

Things have been rough for the newly introduced father and son, with Damian being raised by Ra’s al Ghul and the League of Assassins, Batman has done much to try and steer Damian away from the path of vengeance, and back on to the path of justice. This of course means reinforcing his no-kill policy, despite Damian being filled with enough rage to warrant the death of a handful of men.

But when Damian is approached by a man calling himself Talon, Bruce must unravel the workings of a secret society lurking deep in the shadows of Gotham, the Court of Owls. In the end, Damian will need to decide if the ends justify the means, and if Batman’s oath of non-killing is a rule to live by, or only holding him back.

This film falls in the middle ground between adult and children’s films. While definitely not for young children due to brutal violence and themes, older children may find themselves relating to the young Damian who is yearning for the trust of his father, as much as he doesn’t want to admit it.

This relationship is the film’s strong point, with even though being superheroes in super circumstances, the struggle between Bruce and Damian is one any father and son just coming into early adulthood can relate to. Aside from that, this film subscribes to the gritty, realistic martial arts side of Batman action, and this is where the film also shines. The attention to detail in regards to character models and frame consistency is fairly high. When things really get going sometimes there’s the occasional animation fault, especially during fight scenes, but other than that they’re pretty on point.

That isn’t to say the film is without charm or comedy, cameos from Weird Al’ Yankovic, Robin Atkin Downes, and Grey Griffon line the cast, with an especially rewarding cameo from famed fan favorite voice of Batman, Kevin Conroy, as Bruce’s father Thomas Wayne. All in all, if you want a more adult, serious Batman animated movie to fill your time, Batman vs Robin and the original Son of Batman may just be up your alley. Batman vs Robin hits Blu-ray and DVD this week on Tuesday, April 14th.