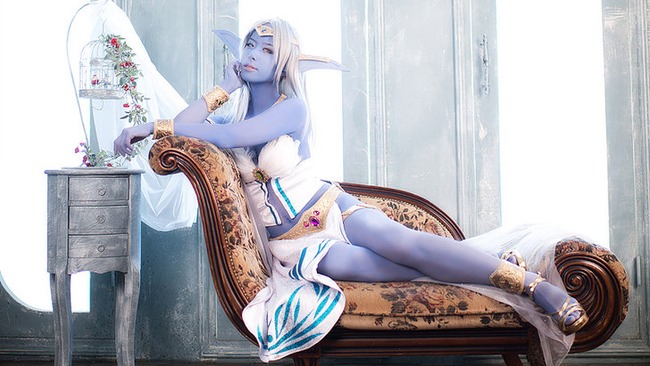 World of Warcraft: This Queen Azshara Cosplay is Wicked Queen Azshara is a non-player character in World of Warcraft. She is a sinister boss in the game who takes mercy on nobody. She was the ruler of the Highborne night elves more than ten thousand years ago. She is now the ruler of the naga, which are Highborne night elves who mutated into ruthless sea serpent humanoids. She is incredibly beautiful but even more horrific. She now reflects the hatred that has always been hidden within her core. Miyoaldy‘s cosplay of Queen Azshara is flawless. Her bluish purple skin, yellow eyes, long ears, and gorgeous elven attire are identical to those of Queen Azshara. Although she is easy on the eye, she demonstrates the same scornfulness and malice of the queen. We can see the attitude of one who is superior in the look of her eyes. This is by far one of the most accurate and well-put-together cosplays of Queen Azshara we have seen.

Gnar the Missing Link Comes to Life in Cute Cosplay