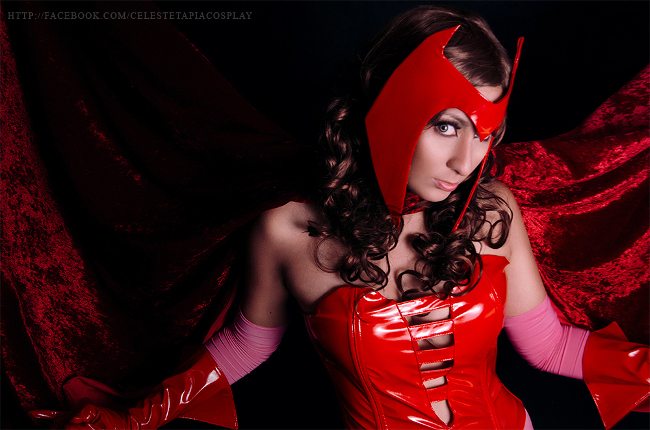 If you were asked about the most powerful male superheroes, how many could you name? Five? Ten? Twenty? More? When you think about powerful female superheroes, who comes to mind? Supergirl? Wonder Woman? Black Widow? In the Marvel Universe, another name stands out: Wanda Maximoff. Wanda is the daughter of Magneto, who has taken the role of villain, anti-hero and superhero, and twin sister of Quicksilver. Saying Wanda and her twin brother, Pietro, had a rough childhood would be an understatement. When born, the two were born close to the Elder God Chthon, who formed a bond with Wanda. The two orphans were placed into custody with a gypsy couple where their encampment was attacked and left them once more alone in the world. Upon finding a village, Wanda’s powers accidentally set a building ablaze and caused the villagers to turn against the sibling pair. Conveniently, Magneto, the children’s biological father, comes to their aid and takes them under his wing. Magneto, who feared that mutants like himself and the children would be eradicated by humans, forced the children into his group against humans, the Brotherhood of Evil Mutants where they often faced off against the X-men. Feeling as if their debt for saving their lives was paid off, the pair escaped to now fight alongside the superhero team of The Avengers where she controls her cosmic powers for good. Celeste Tapia dons the signature red and pink costume of the Scarlet Witch. From her pink leggings and elbow gloves to flowing red cape and bodysuit, she pulls together this bewitching superhero. And no Scarlet Witch would be complete without her headpiece that seems to float as if by magical powers. The sleek witch manages to maintain her intimidating appearance while still being quite seductive, something that Vision was unable to see past.

To see more amazing cosplays by Celeste, be sure to visit her Facebook and DeviantArt pages.

Jinx is a True Beach Babe in Epic Cosplay