Whistle While You Look at These Amazing Snow White Cosplays 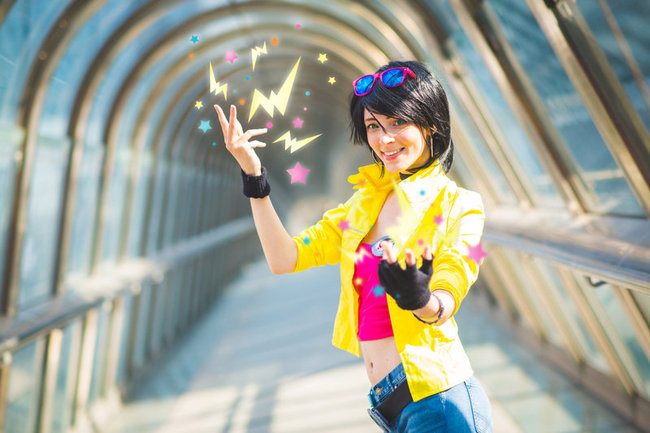 Jubilation “Jubilee” Lee first appeared in 1989 in Uncanny X-Men #244. With the ability to shoot fire energy plasmoids, or as she refers to them, fireworks, she was on of the youngest mutants affiliated with the X-Men when she was first introduced to the series. Before joining the X-Men, she survived by performing shows with her powers for mall audiences. She is a versatile gymnast and uses her agility and flexibility to evade the mall guards which eventually leads her to the X-Men. Wearing a bright yellow trench coat, she is often seen with Wolverine, acting as a sidekick. Jubilee’s bright and colorful ensamble has been donned by Cosplayer Ainlina. With a hot pink shirt, matching sunglasses and denim shorts, Anlina pulls off Jubilee’s look. Freshening things up, she shortens the trench coat into a fun yellow jacket. Adding the X-men logo pink to the shirt as well as hanging off her black chocker really nails home her affiliation with the mutant crime fighters. With such a bright outfit, Ainlina’s photos are jolly, yet still feisty. The editing adds the sparking fireworks Jubilee can produce and often did, that give Ainlina the final touch, transforming her into Jubilee.

Cosplay of the Day: The Joker by AlienQueen