Lineage Gets a Little Prettier with this Major Arcana Robe Cosplay 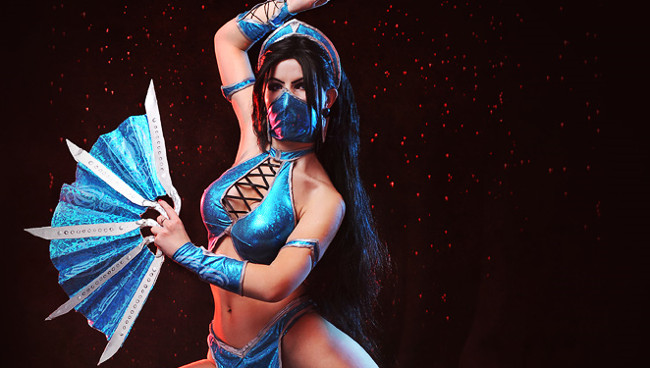 You’ll Fall Violently in Love With This Stunning Kitana Cosplay

GET OVER HERE! That Mortal Kombat hype is back, baby, and it’s time for a stunning Kitana Cosplay. It seems that everyone’s love for the characters they grew to love years ago has reignited, and it’s not like anyone could blame them. Honestly, there’s babes all over the Mortal Kombat franchise — men and woman alike, and it’s almost hard to pick who might be your favorite. There’s already been a beautiful Sonya Blade featured on the site today, as well as an equally mesmerizing gender swapped Smoke cosplay, and chillingly gorgeous Sub-Zero cosplay. However, the princess — and possibly cosplay, with the mostest has to be Nemu013’s take on Princess Kitana. She may be over 10,000 years old, but she doesn’t look a day over twenty. Once sticking to the side of her step-father Shao Kahn, the women soon came to her senses and joined the good fight. Using her steel fans, Kitana is quite the fighter and poses a definite threat to those who choose to go up against her. Don’t let her good looks distract you — while it might be hard not to stare due to her sexy blue attire, because Kitana can definitely throw down when the situation arises. Already a fierce beauty, the woman truly comes to life in Nemu013’s take on the girl. The detail and care put into the crafting of Kitana resonates loudly through Evgeniya’s work. One can’t help but marvel at a job well done, and be completely envious of such a masterpiece. Check out more of her work on the cosplayer’s Deviantart!